You can download individual sections of the current financial report or the complete PDF here.

ACQUISITIONS ARE A GREAT GROWTH OPPORTUNITY FOR SME COMPANIES
Gaining expertise and skills from outside the company is one way of obtaining the necessary access to new markets or innovative technology. INDUS specifically supports its portfolio companies in acquiring sub-subsidiaries.

Markets undergo constant change – and this is happening faster than ever before. Companies that want to remain successful over the long term have to keep reinventing themselves and positioning themselves for the future. Acquiring innovative companies can be key to achieving this.

But what do these acquisitions look like in practice? What are the reasons for acquiring add-ons? And how can a successful overarching strategy be developed? Here are two examples from the INDUS Group. 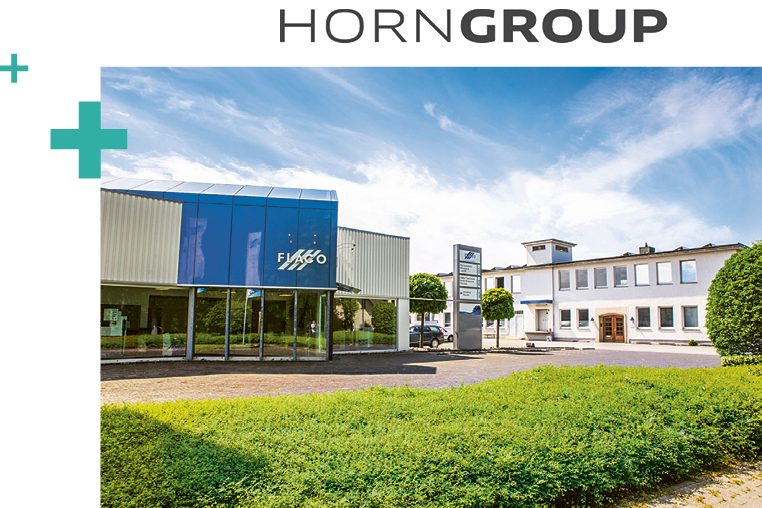 HORNGROUP AND FLACO – THREE BRANDS FROM ONE SOURCE

If you want to expand your product portfolio in a targeted way, taking over a successful a company in the same market can be the fastest and most promising option. This is what HORNGROUP, a global supplier of refueling technology and workshop solutions, decided to do. The company acquired FLACO, a fluid management specialist, in July 2021.

During the acquisition process it was clear to see that the companies’ experience on the same markets meant they had a strong mutual understand ing. Most of the sectors they operate in complement one another, so the two companies have the expertise to help one another in facing the challenges to come in the future.

“By tapping into the growth potential offered to us by general liquid management, which in the future will focus even more on industrial applications, we are well placed as partners and looking to mutually drive momentum when it comes to innovation,” says Jörg F. Mayer, managing director of HORNGROUP.

Back in 2011, HORN TECALEMIT, now HORNGROUP, expanded with the acquisition of the British company PCL, a tire filling technology specialist. With this acquisition the company gained experience of how such moves can be exploited profitably for all involved. “With TECALEMIT, PCL and FLACO we have united three strong international brands,” says Mayer. “Brands that we will continue to develop with the help of INDUS.”

OFA Bamberg, a manufacturer of surgical stockings, bandages and orthotic devices, strengthened its position with the acquisition of Dutch company NEA in 2015.

“At the time of the acquisition, we were particularly impressed by NEA’s innovative R&D work,” explains Rainer Kliewe, managing director of the OFA Group and already in an executive position at OFA Bamberg at the time. “NEA was and still is incredibly good at development processes – from material selection to 3D-print prototypes. OFA’s primary expertise lay in the development and production of medical knitted products. Forming a partnership to benefit from the technological knowledge and the special development skills of the new subsidiary was an obvious choice.”

The company also increased its international focus. NEA was able to expand OFA’s core market of German-speaking countries with good access to the American and Asian markets. The strategy worked: “We particularly benefited from the broad export focus and diversification efforts during the pandemic,” explains Kliewe. “While the German market was still struggling with the coronavirus, business in other parts of the world was already getting back on track.” 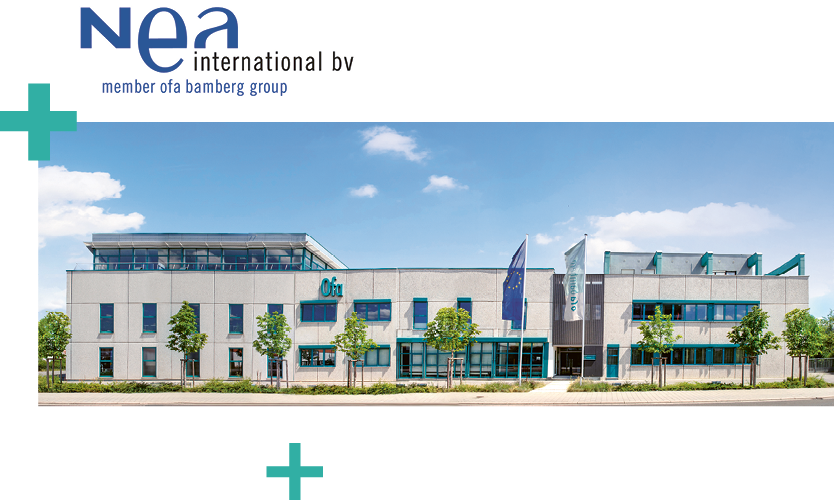 And have you managed to build up a common corporate culture? NEA has been a supplier to the Franconian premium-segment company since the 80s. So, in 2015, the companies were able to build on a well-established business relationship and mutual trust. Nevertheless, it still took a while for the two companies to develop a sense of being one group. Rainer Kliewe: “We wanted to preserve the Dutch business culture, and specifically the NEA culture. It proved very successful after all. A traditional integration process would not have aligned with INDUS’ decentralized management style.”

“It was still important to link up our processes, however, to prevent two solid companies from just working side-by-side rather than as one,” adds Kliewe. “This is an ongoing effort. We don’t just want our individual efforts to be successful, but rather to work as a single product, as it were.” Serious efforts are currently underway to drive the interconnection of orthopedics. With Push, the OFA Group owns a strong brand that the entire orthopedics segment can benefit from.

back
A MARKET FILLED WITH OPPORTUNITIES

Data protection is important to us

Statistics cookies help us as the website operator to understand how users interact with our content and which pages are visited. The information is collected and passed anonymously to our service provider.